Importing an iTunes Library.itl into Music

When you update to macOS 10.15 and the new Music app, your current iTunes library will be imported just as if you were simply updating to a new version of iTunes. You can also open an iTunes Library.itl file as if it were a "multiple library" by press-and-holding Option as you launch Music to get the "Choose Music Library" option.

I copied the entire contents of ~/Music/iTunes/ to a new folder, except for my audio files which are stored elsewhere on an external drive; quit Music and restarted while holding the Option key. The dialog pops up asking you to "Choose Music Library" and I chose the "iTunes Library.itl" file from the folder I just copied the stuff to. Music then asks you to name and save the library. In a few minutes, the library was imported. The old "iTunes Library.itl" I selected was copied as a new new-style "Music Library.musiclibrary" and everything looked as I expected when the import was finished.

Apple has included iTunes 12.9.5.5 with the macOS 10.14.5 update. The previous version of iTunes was 12.9.4.94. The new version is only available when the operating system is updated and there is no stand-alone installer.

There doesn't appear to be too much different. However, as in iOS 12.3, there are some minor changes to Apple Music's For You page. For example, the 4x4 "because you like/listen" blocks of album recommendations have been replaced with 4 Genre groups of 12 albums and playlists. [Update: this was rolled out to all users.]

This is probably the last version of iTunes that Apple releases before the macOS 10.15 beta is released to developers in June at WWDC; it is presumed that a new Music.app will debut then as well.

Over the past few months—I want to say since Mojave's release last year—I have gotten a few reports from users of my artwork scripts regarding a bizarre corruption issue when applying artwork to some types of MP3s.

Essentially, when artwork is applied to the MP3, its file "echoes" the last few seconds of audio data which increases the size of the file. Here is a screenshot sent to me by Correspondent Brandon Pfeiffer, showing the phenomenon in an audio editor (I think it's Fission; no matter, really):

Each "echo" represents a single attempt to add artwork. The new size is reflected in the Size and Time for the file in iTunes as well.

I have not been able to replicate this myself so it has been very difficult to figure out what's going on. However, Brandon did some experimenting and discovered some details. First, it's probably not an issue with the AppleScripts, since Brandon was also able to see this issue when he "manually" applied artwork via a track's Info panel.

Sure beats me. I'll have more follow-up as it develops.

[Update: Several Correspondents have emailed to confirm that they have seen this behavior after manually editing artwork; AppleScript was not a factor.]

Metadata Not Sticking to MP3s? Might Be AirPlay and AppleTV

Over the past few months, probably since the release of Mojave and iTunes 12.9, I've occasionally received queries from Correspondents concerning a problem with changing the tags of MP3 tracks. The changes wouldn't be written to the MP3 files' metadata or would revert back to what they had been before the change. It affects MP3s only, not M4As.

I was not seeing this myself nor was I able to replicate it, but, as I say, I was asked if I knew about it a few times.

This post at Apple Support Communities appears to have discovered a factor involved: AirPlaying to AppleTV. When AirPlay to AppleTV is turned off tags would be written correctly to the associated MP3 files.

I'm wondering if this could be related to another MP3 issue I have heard about recently. And this is weird. Whenever a script of mine is used that applies artwork data to an MP3, the file is mangled in such a way that the last several seconds of audio is copied and added to the end of the audio file (I said it was weird). I could not replicate this either. 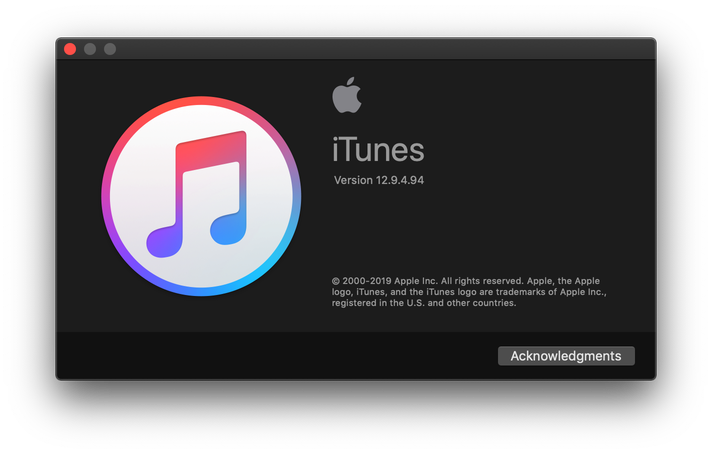 The latest macOS 10.14.2 Mojave update also evidently updates iTunes to version 12.9.2.5 and I have questions.

Speaking of version 12.9.0.164: it was originally part of one of the Mojave betas and then installed by the final release of Mojave 10.14. Is there no stand-alone installer for this version?

Is this how we are to get iTunes updates now? Via operating system updates? If so, why? And isn't it rather extraordinary? 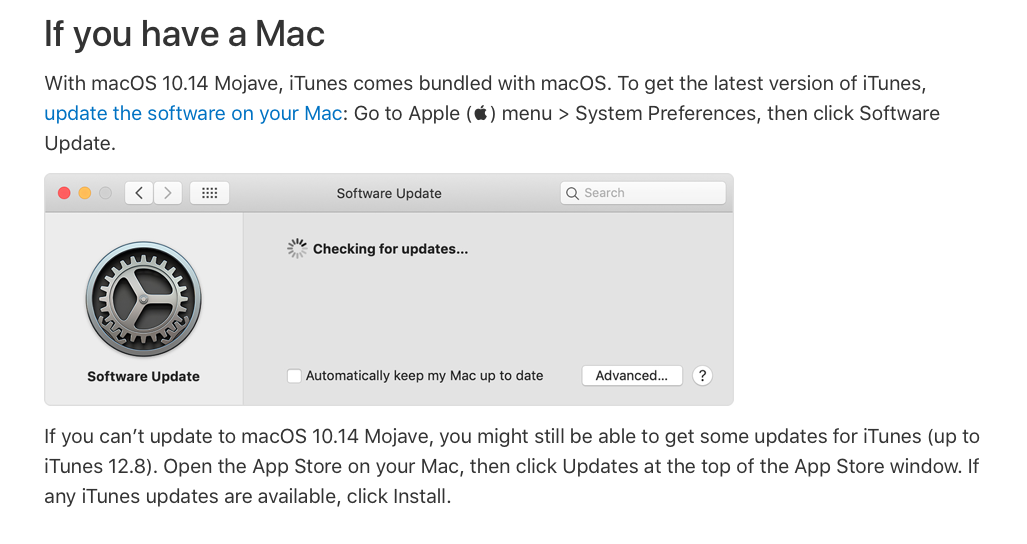 posted in iTunes 12.9
Site contents © 2001 - 2022 (that's right: 2001) Doug Adams and weblished by Doug Adams. Contact support AT dougscripts DOT com. About.
All rights reserved. Privacy.
AppleScript, iTunes, iPod, iPad, and iPhone are registered trademarks of Apple Inc. This site has no direct affiliation with Apple, Inc.
The one who says "it cannot be done" should not be interrupting the one who is doing it.